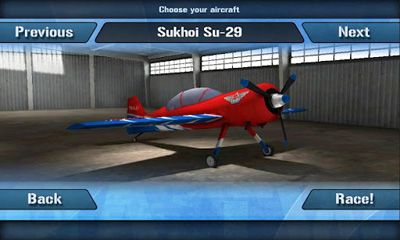 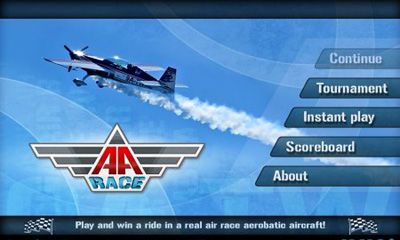 AARace – a very realistic aviasimulator for Android in which you will carry out tasks which consist of a set of various tricks of aerobatics, by sports planes. Consider that you need also to land safely. At creation of this game, tricks from real competitions of aero club in Croatia AirSports were used. At the beginning of the game you will be able to operate only one plane. Then you will have two more planes and one location. Control system happens at the expense of the accelerometer, but sometimes it is possible to use a tail wheel for which pedals are responsible, which are at the edges of the lower part of the screen. Graphics in the game is quite good, a soundtrack is also good.
Rating
?
Votes not enough
0 votes