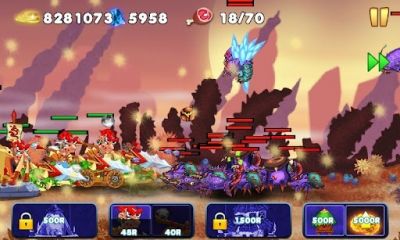 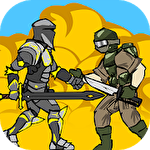 Age of war for Android

To attack or to defend? You should solve this problem in the game Age of War which will demand from you elaboration of a certain strategy: you need to reach not simply camp of the opponent and to destroy it, but also thus to keep own camp in inviolability. On the author’s idea, in the game there’re 4 various eras, each of which is characterized by special types of military skills and units. Get and accumulate resources to build more strategically important objects and to create new soldiers. It is possible to train, playing in a mode of campaign which has 240 levels. And then, with full confidence of own powers to pass to online mode to battle to real players from all over the world.
Rating
?
Votes not enough
0 votes