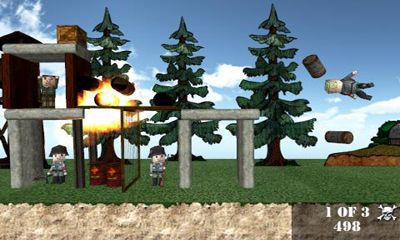 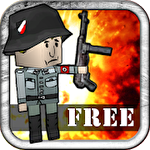 Angry World War 2 – a fine war game in which you will be able to exterminate hordes of enemies in the most various ways. In your arsenal there will be powerful grenades, armor tanks and superfast planes. You will have an opportunity to destroy the opponent that will come to hand during a stir. Even having in arms a usual brick against a powerful machine gun of the opponent, you can pull out a victory from their hands. The gameplay is interesting, because after each exact (or not so) shot from the machine gun or after each explosion of the grenade there’s trajectory line thanks to which you will be able to improve your skills of firing, studying on mistakes. In the game there’s a set of fascinating and unique modes, for example, a throwing grenades into foes, shooting enemy parachutists, knocking down of planes or firing from tanks on a landing of the opponent. To make process of the fight even more cheerful, you can ask your friend to help and together to exterminate enemies in the field of fight. For this purpose you need to choose multiplayer mode. An interesting gameplay looks perfectly in a frame from excellent drawn graphics. And thanks to convenient management you can easily accustom and enjoy every minute of the game process. You are waited for by 50 fights in 10 various countries in several game modes. There is a possibility of purchase of new arms.
Rate the game
?
Votes not enough
0 votes