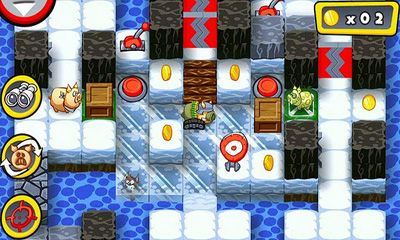 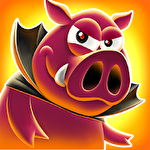 Aporkalypse - Pigs of Doom! for Android

The world of pigs is threatened by danger. In an ancient prophecy it is told that in the far future four Pigs of Destiny will proclaim a doomsday. But there was something awful, and the gates of paradise and hell are already open! Now a greedy Pig of Hunger, a heavy armed Pig of War, an infectious Pig of Diseases and an illusive Pig of Death have to stop this madness. Lead the pigs through the falling world full of riddles and dangers! Unite their supernatural powers and find unexpected riches. Send Angels and Demons back to their places. Nobody will leave from anger of Pigs!