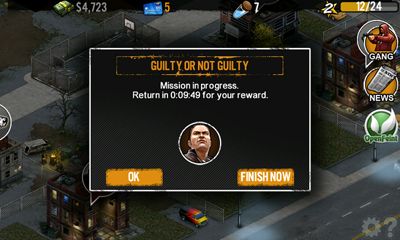 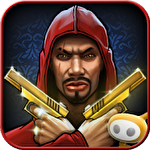 Create your gang from the most cool street bandits and the former convicts. To survive and prosper in these dangerous areas it is necessary to seize territories and to kill rivals. It is possible to earn only illegally. Moving around the city, you will get money which is for weapon and equipment both for the main character, and for his colleagues. Coming on new territories you will expect fight with groups of other quarters, and, overcoming them, you will become a new "boss on the area". You also will be able to pump over the gang to shoot more precisely, to recharge quicker and such similar abilities. Besides fights for territories, fighters can be sent to missions which are paid very well.
Rating
?
Votes not enough
0 votes