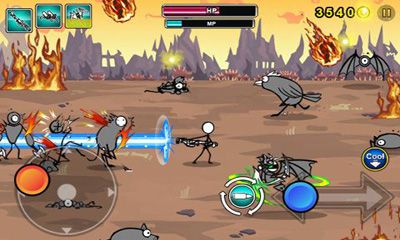 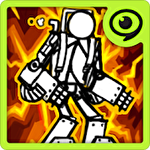 Cartoon Wars: Gunner+ - a very amusing and interesting game. In the middle of the war of the Animation world, the King developed an artful plan of murder the Captain J, whose presence threatened position of the king. The Captain J was attacked by the murderers sent by the King. He survived, but he was seriously wounded and compelled to disappear in mountains. Help courageous J to cure wounds and to revenge the King who betrayed him. You will run across the field and shoot back attacking enemies and any monsters. Initially bow becomes your weapon, but later you will be able to get various guns and even laser rifles with a heavy set of armor. Enemies will meet to you in a large number of variations and abilities, someone will simply stick you with a knife, and someone will shoot at you. All opponents look very ridiculously and when receiving the dose of steel are funny wrapped in a small knot.
Rating
?
Votes not enough
0 votes