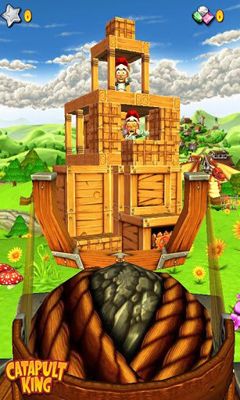 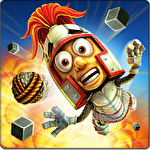 Catapult King - is a remarkable arcade game for Android-devices, in which you have to exempt the kingdom from the attacked dragon cannibal and from those who, having been frightened of a monster, betrayed you. Where this fire-spitting appeared from, nobody knows, but he captured the princess, and as protection exposed your former citizens. Crush all barricades, destroy traitors and reach the dragon. Only then you will be able to rescue the only daughter and to return yourselves a nice name of the king of the state, for now you are anybody else as the king of a catapult, which appeared at your disposal.
Rating
?
Votes not enough
0 votes