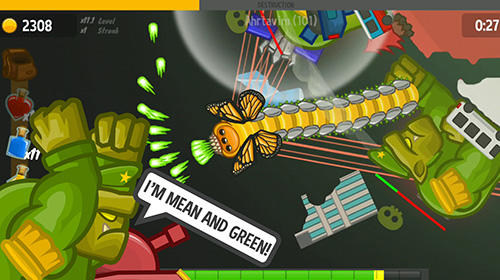 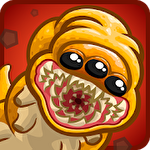 Caterpillage - control a giant space caterpillar, who eats everything on the way and brings chaos and destruction to the galaxy planets. In this Android game you will control a huge caterpillar, which came from the deep space. Poor planet, the caterpillar has landed. The caterpillar got very hungry for the time of journey. Now she eats cars, cities and even the planet. Help the caterpillar satisfy her hunger and get bigger. Be ready to fight against the army, combat machinery, military satellites and so on.