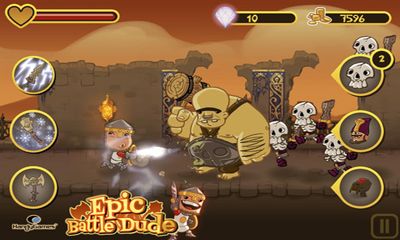 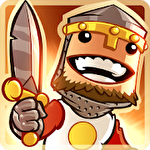 Epic Battle Dude is a funny arcade game for Android devices. As a medieval Knight you will have to set off in search of a kidnapped Princess. In fact, the Knight is guilty of her missing as he coveted a gift from a stranger, because of which he was disabled and missed the King's daughter. Now he has to run for hundreds of miles to get to the witch's lair and release the hostage from incarceration. The funny breathless warrior will meet various evil spirits on his way with which he will have to "establish contact" using his sword, mace or ax. The interesting thing about the game is that the personages longing for your death will appear on the playing field only after your command. Except for meeting enemies you will find various elixirs restoring health and strength of the Knight on your way as well as traps taking lives of evil spirits. Everything above mentioned appears only after your permission, just like enemies do. There are also several key moments here.
Rating
?
Votes not enough
0 votes