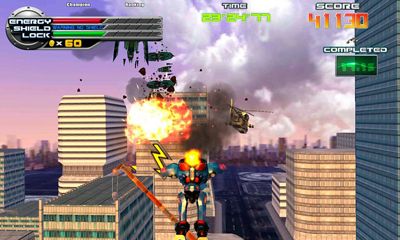 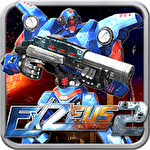 ExZeus 2 is a continuation of a sensational 3D shooter! 2217 CE. Several centuries have passed after the war with alien war machines. The peace came to the earth again and the name of Diadora is nothing more than a dim memory now. Not many people remember about the ExZeus project and robots that saved the world from darkness. But suddenly a new menace came to the world and there is only one way to oppose it; it is to reopen the ExZeus project! Three former iron warriors who saved our planer were fused together to make a new, more powerful model of a robot, Minos. Crazy 3D graphics and sound, spectacular super attacks, new gameplay elements, the ability to earn experience points and upgrade your robot are waiting for you in the game. The game has a Realtime Worldwide Leaderboard and is powered by Nvidia Tegra. The game control is made with the use of accelerometer, virtual buttons or external USB controller.
Rating
?
Votes not enough
0 votes