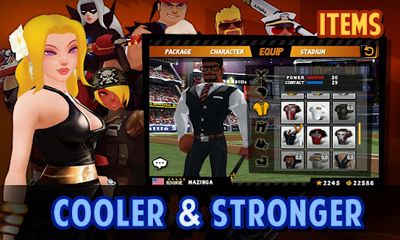 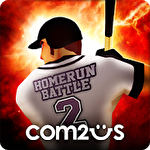 HOMERUN BATTLE 2 - a continuation of a sensational simulator of baseball. Play against players worldwide, choose a pleasant stadium, adjust your character and rise by glory top. You can choose one of six game modes, there is a training mode. There are single and multiuser game modes. The second part of the game received even more beautiful and worked graphics, now you will see magnificent realization and specification during the game process. Idea in the game is simple — you need to beat off balls, and knockings can be very unexpected, so you will be able to see both fiery balls and gold, and they will fly at a huge speed. And you should use your skill and practice, after all not only the beaten-off balls counts, but also how far they will depart.