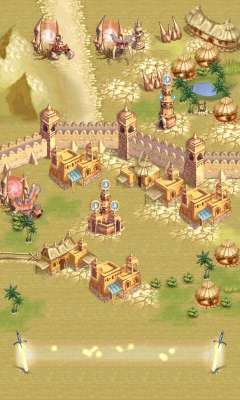 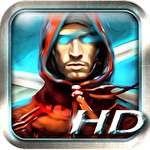 Lord of Magic for Android

Lord of Magic will send you to a fairy-tale world, in which two Kingdoms were attacked by evil forces after a long period of quiet life. But these forces did not manage to defeat those Kingdoms, as a real savior, a young master of magic, appeared there. Your task is to help the young, but very powerful magus save the Kingdoms, that is to protect all the towers and repel the enemy attacks. The magic potential of the hero is quite serious; you can use the 23 powerful spells, and 9 different skills. Your hero is able to cope with the powers of evil on his own, but you have to accumulate his magic powers and knowledge for the last battle with evil. The energy is limited, so economize it when striking the enemies. Hit them accurately and quickly with your magic bullets. Kill enemies and replenish the stock of manna responsible for energy. There are other missions in the game except for the main task of defending towers. They are destruction of portals or combined missions. The game has a good control system realized with gestures. Besides, you will see perfect graphics and special effects, various well-drawn models of characters and beautiful locations of the fantasy world. And the most beautiful thing in the game is the effect of applying magic.
Rating
?
Votes not enough
0 votes