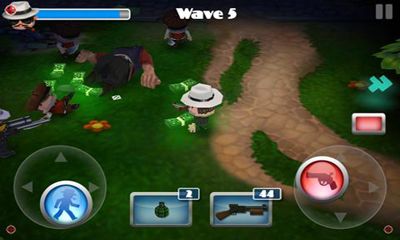 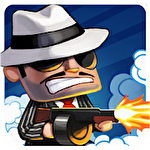 In the gameMafia Rush the city is simply overflowed with gangster groups and you also are in a gang. On a plot of this fascinating game, you should plunder banks, but to rob bank is not so difficult, it is more difficult to protect this money from other robbers, who will constantly attack you and try to take money. For each killed person bonus points are added, and at the end of a level you will be given a reward. It is possible to spend money in several ways, for example, having bought new weapon or clothes. In the game there’s an extensive choice of different weapon- machine guns, guns, grenades, dynamite and many other things. You are waited for by four various game modes: Robbery, Protection, Attack and Survival. Each mode offers something new. Playing campaign, seize new areas under your control. Hide an ace in a sleeve, assembling game cards to unblock these areas and to break through to the very top - to domination over the whole city! Feel yourself as a real gangster in the streets of a criminal city.
Rating
?
Votes not enough
0 votes