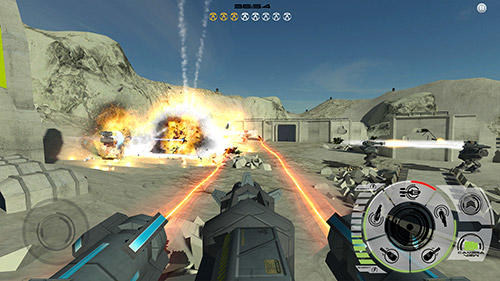 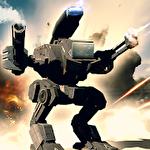 Mech battle - get into a cabin of a giant combat robot and fight against not less powerful combat machines. Apply fantastic weapons and win. Try to survive in the severe world of future in this Android game. The Great war turned cities into ruins and caused lack of resources. Different groupings fight one against another using huge robots. Control a combat robot in 4x4 team battles. Maneuver and shoot at enemy robots. Help allies. Buy and upgrade machinery and weapons.