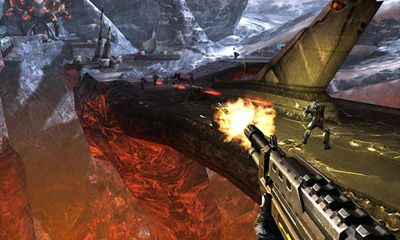 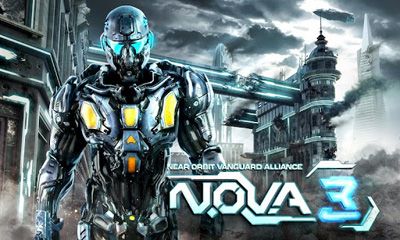 The most impressive and the most fascinating shooter from the first person for your phone! It is one of the most beautiful series, and continuation got even more beautiful and realistic graphics. The physics strikes imagination with its realness – everything falls, flies away and destroys as well as in realness. Animation and textures smooth are well worked. The world became even more interactive, and now you can use any vehicle which will get on your way. You should protect the planet from overseas aggressors. Thus it is possible to use quite wide arsenal of arms from guns to a fantastic plasma machine gun, including grenades, mines and static turrets –more than 10 types. There’s a support of 12 players in network game and 6 modes of game (Point capture, Flag capture, Survival, etc.) on 6 maps. Play on 10 fascinating levels scattered on the whole galaxy – from the Earth captured by war to the city of volterites covered with a crust of ice.