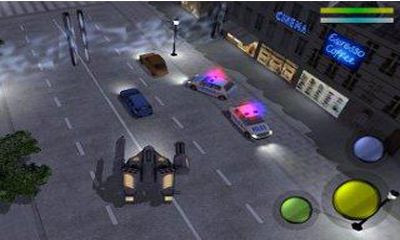 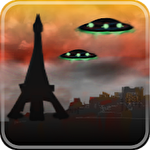 Paris Must Be Destroyed for Android

Paris Must Be Destroyed - a very fascinating game in which you should become double-faced. As it is possible to guess from the title, the action of the game will develop in the capital of France. One fine and sunny day suddenly clouds condensed over Paris, and there was a huge UFO. After a while the city was attacked by aliens and they started kidnapping people, in parallel destroying everything that appeared on their ways. Certainly, the mankind nominates all possible and impossible powers to protect the earth. Passing the first level the player controls the alien robot kidnapping and destroying everything around him. Then he will control a tank, by means of which it is necessary to look for aliens hijacking cars and people on the contrary. The levels are destroyed easily. It is possible to destroy trees, lampposts, and also the whole buildings. Among fighting arsenal you will have a gun and a large-caliber machine gun – in case of tank use, and a killing beam with the device to kidnapping people if playing for aliens. You are expected by beautiful 3D graphics which is accompanied by excellent special effects, a set of fascinating missions, beautiful music and fascinating game process. The full version of the game consists of 15 missions.