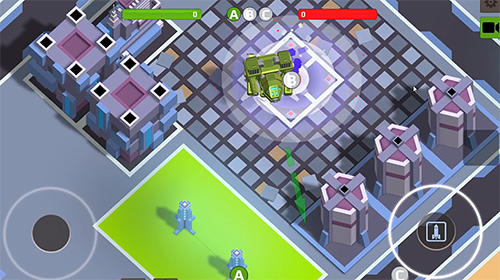 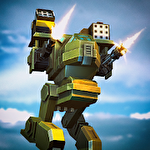 Robots.io - control a huge combat robot. Take the robot across different maps, use coverings, shoot from powerful weapons and blast enemy robots. Become the best pilot of the combat robot in this Android game. Control the moves of the robot on the battle field. Avoid traps and obstacles. Try to shoot first at enemy robots. Watch the surroundings carefully and don't let the enemy catch you at a weak moment. Unlock new weapon systems and change weapons of your robots just during the battle. Fight against players from all over the world and become a champion.