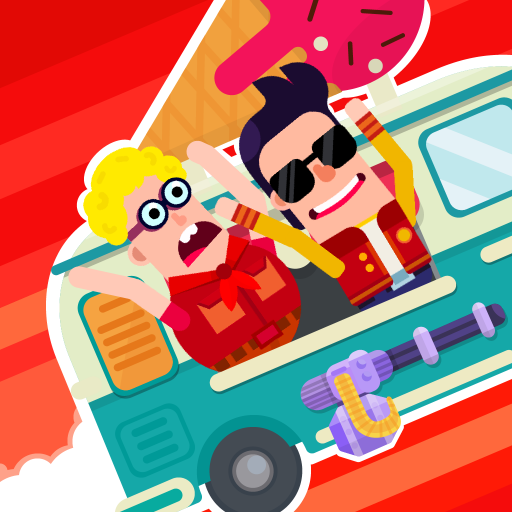 In the player's bus there are two people who can throw down the explosives, and if you apply a booster, some of which can be found in the game, you can throw something even more powerful. Physics is made in a ragdoll style, and there is some cartoon meat: when destroying enemies, they can be torn in half with blood.