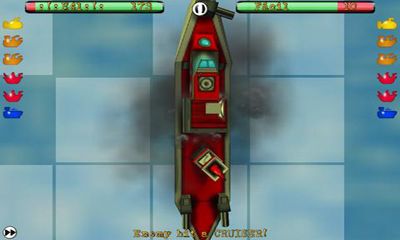 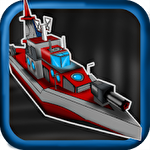 Ships N' Battles - a classical game "sea battle", with beautiful graphics and special effects, such as explosions and smoke. Play against AI, friends on a local network or players worldwide by means of a multiplayer, it is possible to play with users of iOS. But there is more to come: there’re 4 types of vessel, 10 various bonuses and 4 levels of difficulty in single mode. Rules are extremely simple: you specify a place on the map of your opponent where your bomb is dumped. Then the same is done by your opponent in relation to your ships. Unlike "writing-book" fights habitual to us, in this game it is possible to specify only one cage for one move even if you successfully lined the ship of the opponent. There is also a pleasant innovation: bonuses by means of which you will be able to unlock at once some places on the map of the opponent for one move are hidden in some cages.
Rating
?
Votes not enough
0 votes