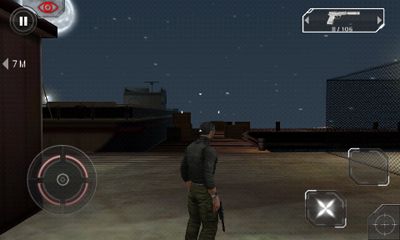 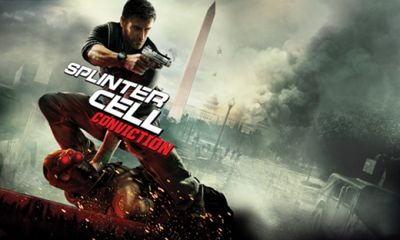 Splinter Cell - an interesting shooter from the first person created by the GameLoft company. You should play for Sam Fischer, who found treachery of the third echelon, his agencies, at investigation of murder of his daughter. And now your purpose is the revenge for the death of the daughter and disorder of the plot with terrorist purposes which threatens million people. You are waited for by a rich arsenal of weapon and regimentals, unique equipment of skill. You should act, killing all who will be in your way. As you not simply a soldier, but a professional murderer, use any opportunity to kill the enemy silently. So, for example, if actions happen in poorly shined place, creep to the enemy behind and liquidate him with one blow and not to be found ahead of time, hide behind boxes, barrels and other available shelters. If the opponent managed to approach too close, liquidate him by one well-aimed shot or break his neck. In a case if there’re more enemies in the battlefield– use him as a live board. During the game you will make various tricks, among which climbing on a rope and overcoming various obstacles. The game possesses is excellent with three-dimensional graphics and a quite good soundtrack.
Rate the game
?
Votes not enough
0 votes