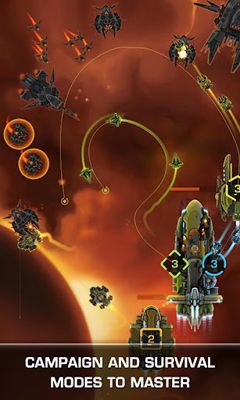 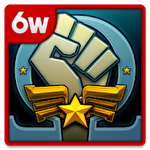 Strikefleet Omega is a true find for lovers of large-scale space battles. Become an admiral of powerful space armada and save the remnants of humanity, scattered in small colonies throughout the space, because the Earth has been destroyed long ago by an alien aggressor, and you command regrouped forces of humanity. First you will have a rather weak fleet under your command. Each ship is an aircraft carrier, which carries fighters. The fighters namely take part in the main battles. The main ships are also equipped with guns, but not all of them. Each battle you win will give you some money and resources with the help of which you will have an opportunity to strengthen your fleet. The battles in the game are very dynamic. The enemy attacks in waves what gives you a possibility to think over the tactics for the next battle and regroup. It is rather simply to command a fleet. The game gladdens with well-done graphics and effects and will surely not let you get bored.