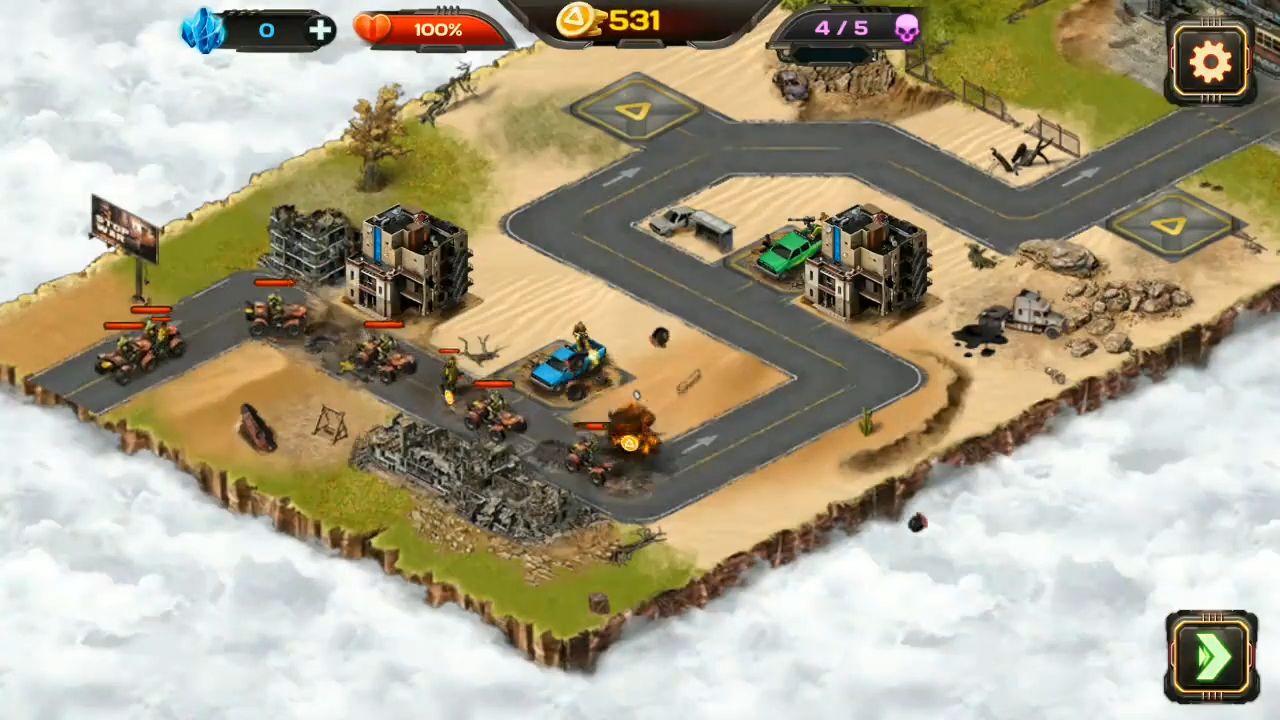 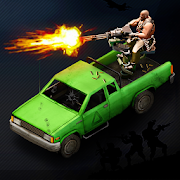 The playing field has a military design, and instead of towers you can place units represented by soldiers with machine guns, tanks, artillery and other such. Attacking mobs also look like soldiers of our time as well as their combat machiery.

Tower units can be upgraded by improving their weapons. There are also heroes with super abilities. There are about 500 locations in total. The game is not divided into levels, the gameplay is a single campaign on the world seizure, and TowerDefense style battles take place for the control over its sectors.