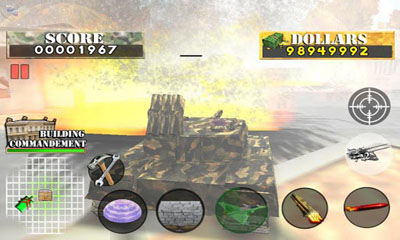 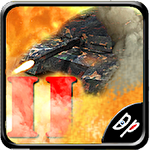 Tank War Defender 2 represents continuation of tank fights for Android, where you should protect command point from attack of enemy military equipment. You will have only one unique tank, which rolls on a small site without stopping. It is necessary to operate turns by means of the accelerometer, and some virtual buttons located in the right part of the screen are responsible for use of weapon. Initially you will have only one machine gun and a smooth-bore gun of big caliber from which it is possible to scorch anti-tank shells. After destruction of each enemy tank on its place there will be some symbols of the American currency. Don't forget to bring them together, and after a while you will have an opportunity to put an additional machine gun, to build a protective dome over a staff, to get an additional set of the repairman, to construct an additional wall before command point or to get aircraft support.
Rating
?
Votes not enough
0 votes