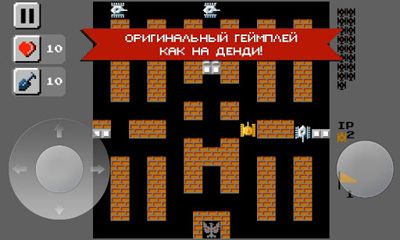 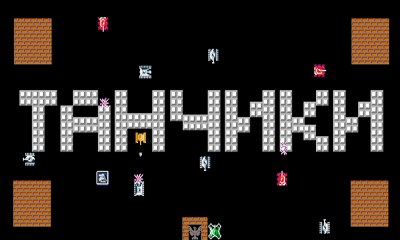 Do you remember good old Battle City on Dendy games console? Meet Tanks 1990 for Android OS. They are the exact visual copy of Tanks from Dendy, but having also additional levels and broadened functional. Currently Tanks have three types of a game and built-in map editor.
The first arcade mode is a classic mode. The mode copies standard Battle City, but it has an optional complexity level, named “nightmare” intended for those who consider Tanks to be a children's game.
The second mode is a New Year mode. There is nothing special in the mode except for the substitution of an Eagle to a Christmas Tree. You will have to protect it now.
The third mode is a stylization in Stalingrad style. It is a simple diversity of levels.
Rating
?
Votes not enough
0 votes