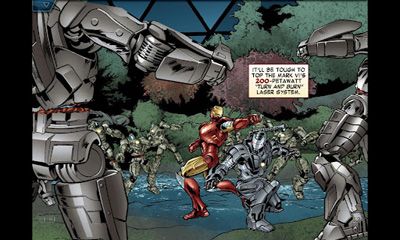 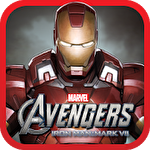 The game The Avengers. Iron Man: Mark VII - a fine interactive comic book which will tighten you with the head in its story. You will play for Tony Stark - a rich genius, the owner of a huge company on production of weapon. He never thought about his life, only new opening and his entertainments interested him. But once, when he presented a new type of rockets - Erikhon, his life cardinally turned over upside down and made him think about his life. Coming back home through the desert, Tony gets under heavy attack of a train, with his weapon. Fainting, he thought that his life will break at the very same time. Having regained consciousness, he found that something is built in his breast, it was a special magnet, which didn't give to shards of shrapnel, which were in blood, to get to his heart. He had no choice, Stark decided to get out from the imprisonment. How he managed and what happened further, you will be able to know from this comic book. The magnificent portrayal and sound filling won't allow you to miss even for a minute.
Rating
?
Votes not enough
0 votes