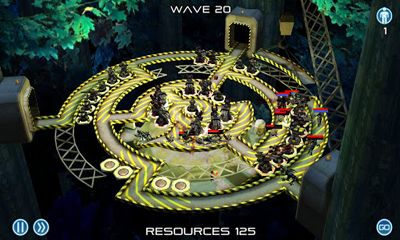 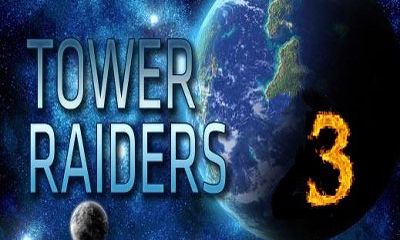 Tower Raiders 3. With every new part the developers review almost everything, beginning with control and to elements of gameplay. The version differs from its predecessors in quality performance, new special effects and weapons. Accuracy of control response should also be noted. This time the earthlings set off to the depths of space for developing a distant planet and extracting rare minerals. Unfortunately, the planet is inhabited with scary monsters, from which you need to protect the workers building the base. The task may seem to be quite simple, but you will not succeed if you fail to properly allocate the combat units available. Every tower has its features; some of them are suitable for the rapid destruction of weak enemies, while others have more power and low rate of fire and will do for more powerful but slow enemies. While playing the game you will have an opportunity of upgrading your towers. After each level completion you will get extra points necessary for opening new levels. If you do not have enough points you can always play the level for one more time, but with higher complexity.
Rating
?
Votes not enough
0 votes