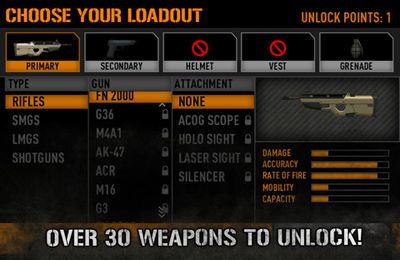 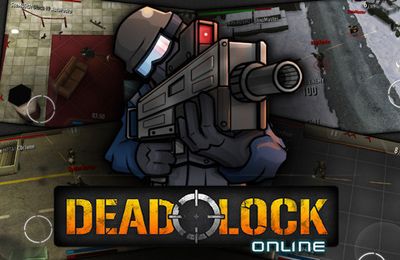 Step into the world of Deadlock, the most Epic 3d shooter! The game from Crescent Moon, the creaters of Aralon: Aralon: Sword and Shadow, a new multiplayer game. Join in on the action and play against thousands of other players in online matches. Compete in daily and weekly tournaments to win unlock points. Over 30 different weapons, armor, and attachments - including different pistols, rifles, machine guns, grenades, scopes, and more! Practice your shooting skills before entering in online matches by playing Survival Mode and Bot Matches offline! Magnificent 3D graphics, up to 8 players in online multiplayer, more than 30 types of weapon, system of dropping-out armor and weapon, 3 modes of gameplay, 30 categories with awards, asynchronous Online Tournaments which are passing every day or week, Game center integration for tournaments and achievements, 5 Maps for game!
Rate the game
?
Votes not enough
0 votes