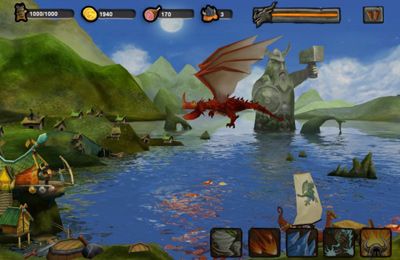 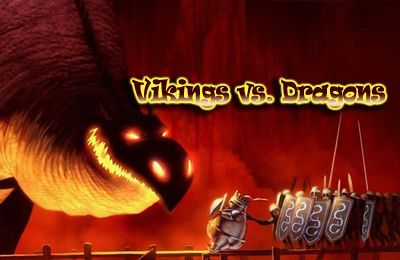 Vikings vs. Dragons for iPhone

Vikings vs. Dragons - the epic human versus dragon battle! It’s your job to stave off the invasion and slay the beasts. The story takes place in prosperous Scandinavian lands where throngs of dragons commanded by Daurgothoth, the ancient evil dragon lich, search for eternal magic power and a source of immortality that runs through the veins of Vikings. Play for the heroic Viking whose purpose is to defend a tower from more than 100 waves of terrifying dragons strengthened by vicious sea monsters. The difficulty level escalates with each wave, bringing along new types of deadly dragons. The dragons’ fire-blasts bring death and destruction to everything in their way, so it takes quick reflexes, sharp shooting and nerves of steel to stand one’s ground and to eliminate all the enemies before they smash the tower into burning ruins.
Rate the game
?
Votes not enough
0 votes