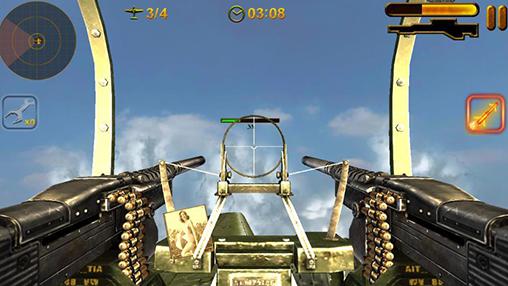 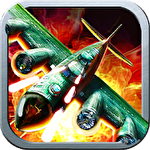 Aerial duel - get into a shooter's seat on the board of a flying fortress of the times of the World War Two. Destroy fighting aircrafts of your enemy and don't let them destroy your bomber. A big bomber must raid across the front line and bomb military objects in the enemy's rear. The enemy will reflect the attack with all strength, sending groups of fighting aircrafts into the battle. In this Android game you will need to pull the trigger of the machine gun and defend your bomber. Watch the sky carefully because the enemy will attack from all sides. Upgrade your automatic anti-aircraft gun and complete hard missions.