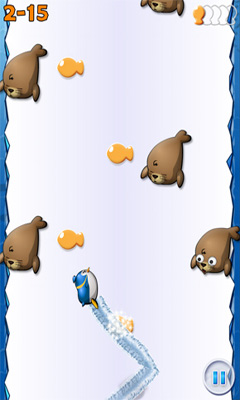 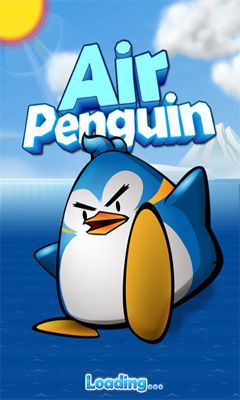 Go to a fascinating travel across snow-covered Antarctic together with a hero Air Penguin. It’s an extremely unsuccessful day for the main character. Directly over an ice floe where he lived with his family, the ozone gap which kindled an ice floe was formed and separated him from his family. Now the brave penguin needs to bypass half of Antarctic to rescue them. Jumping on ice floes, collect fish and try not to fall in the water. Control is done by the accelerometer, which sensitivity can be adjusted. In the game there are two main modes: history and survival. In the first you are waited for by 125 levels of different difficulty, beginning from the elementary jumps from an ice floe to an ice floe for small fish crackers, to skillful maneuvering between abysses and enemies presented in the game as quite logical seals and toothy sharks, and, for example, crabs goodness knows where they appeared from. In survival you simply move forward until sooner or later you fall down in the water. After that it is possible to compare your result to other players in Game Center online tables. The game possesses pleasant music: easy main motive is perfectly combined with noise of water and shouts of seagulls.
Rating
?
Votes not enough
0 votes