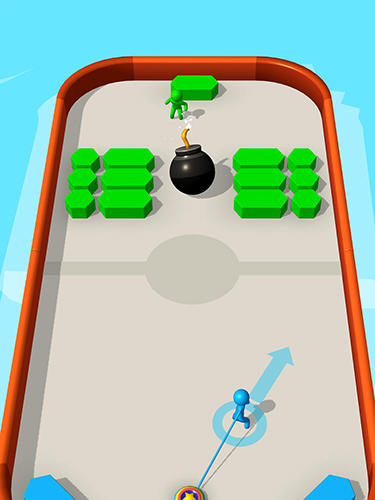 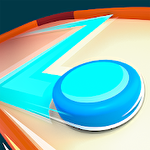 Battle disc - throw a disc on a special ground and destroy enemy defense. You need to score a goal before your opponent does the same. It's a kind of air hockey analogue for Android game. Throw not only the puck, but also other funny objects. The aim is to score a goal to the opponent's gates, which are protected by blocks. To begin with, you will have to break this wall, and then take on the main task. However, you should be careful, because the enemy can intercept the throw, and then the throw will be made by him. This will continue to the first point scored.