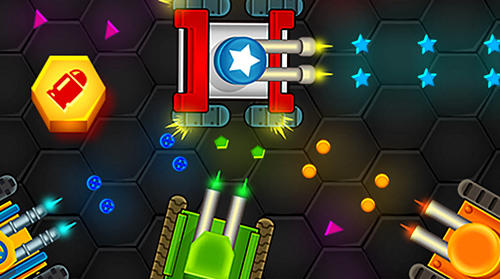 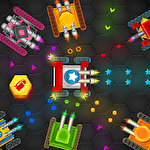 Battle.io - drive a small tank across the vast hexangular arena. Move across the battle field, shoot from the cannon at enemies and dodge opponent fire. Become the best tank driver on the battle fields of this exciting Android game. Take your tank across the arena, attack enemies you meet on the way, try to blast all opponents and become the last survived. Gather bonuses and upgrade your tank changing its appearance and increasing fire power. You will start your battle with one gun but gradually you can increase number of guns up to six!