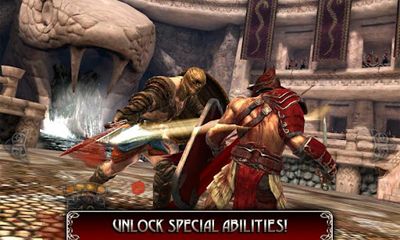 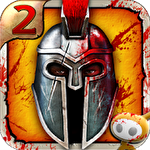 Blood & Glory: Legend is a continuation of a blood massacre. You can become a legend by defeating all opponents in the arena performing a bloody dance to a jubilant howling of the crowd. As compared with the first part of the game, the game got improved graphics and more qualitative textures of environment. In this part, the developers decided to add a story line. Now you not just cut the throat of your enemies, but act in the name of a great purpose, which will open before the eyes of the players in drawing comics. You need to get to the Great Emperor, destroying the champions of arenas. Some of your hostile environment used to be your students. Arenas have changed, but only in their appearance. There are more enemies; there are six of them instead of five, and the latter is the boss. New enemies appeared, prices for weapons and armor has been reduced and what is the most interesting thing – you can rob caravans and play mini-games of the type: elude an attack 15 times, perform special attack 8 times, etc. Overall, the game has become more colorful, bloodier, and of course, having more complicated story.
Rate the game
?
Votes not enough
0 votes