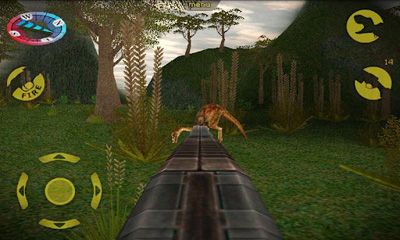 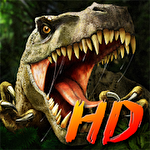 Carnivores: Dinosaur Hunter HD – a qualitative simulator of hunting, and very unusual. You should hunt on dinosaurs. You will meet many various types from small and harmless herbivorous to furious and huge predators which can turn you into production. In the game there’s qualitative 3D graphics, good models of dinosaurs, not bad worked game locations and a powerful arsenal consisting of 6 types of weapon. Also there are some types of equipment, among which there is a camouflage and radar. Except the weapon, you will have a detailed map of the district with possibility of instant movement on a game location. Levels are quite various: you will hunt among woods, plains, hills and even in bogs, besides in different day time. In the course of tracing of production it is necessary to consider many important points, such as a wind direction, a distance to the purpose, a species of a dinosaur, keenness of his hearing and sense of smell, and also speed of its movement. The AI level of dinosaurs is quite high, their behavior is various and isn't so easily predictable and that adds passion and fascination to the game process.
Rating
?
Votes not enough
0 votes