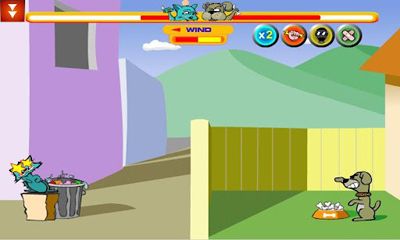 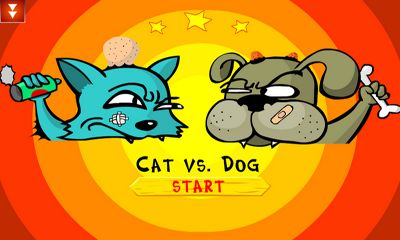 Cat vs Dog free for Android

Cat vs Dog is an amusing game in which a cat and a dog began fighting with one another and began tossing various items over the fence. Your task is to hit the opponent with a piece of garbage; for making that you are to press and hold your finger on your character, then set the power of the shot, after that depress and throw the garbage over the fence. Take into consideration the strength and direction of the wind, and skillfully use bonuses accumulated during the game. The game is fun to play together on the same device.
Rating
?
Votes not enough
0 votes