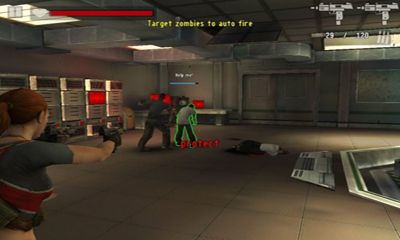 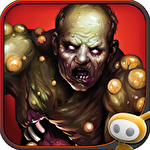 CONTRACT KILLER ZOMBIES 2 continued the story of a rather good zombie shooter. The new part of the game is a third person shooter with gorgeous graphics and good gameplay. You will play as Evelin, a young girl, who fights with zombies and eventually finds out the truth about what happened in the secret research center and turned people into zombies. The thousands of enemies have unique appearances, unique design and unique abilities. The game also has a lot of frightening pictures like severed limbs, blood, heads flying to bits and other things. Graphics, animation, detailed design of models and special effects are beautifully and qualitatively made. You will have to perform a variety of missions, such as people rescue, area clean-up, supplies gathering and so on. The game also has a Survival mode, in which you will have to fight with countless zombies. There are also fights with bosses in the game; you will have to use you tactics to defeat them. To fight effectively during the game you will have many weapons, such as bats, knives, pistols, machine guns, shotguns, and grenade launchers. Your heroine can carry several kinds of weapons and ammunition simultaneously. During the gameplay you will detect what kind of weapon is the most effective against a certain kind of zombie. Unfortunately, you can get the most of weapons only for real money.
Rating
?
Votes not enough
0 votes