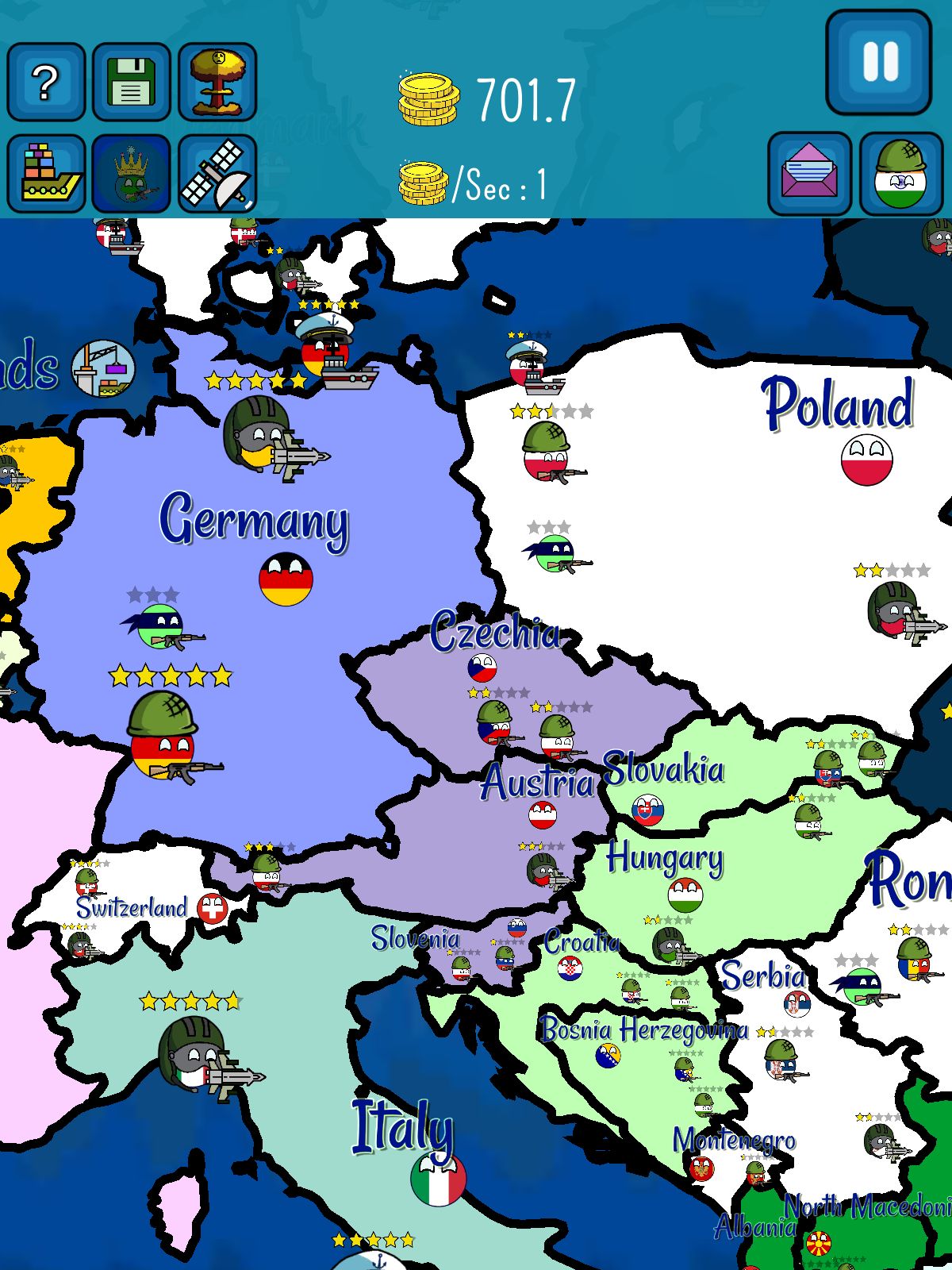 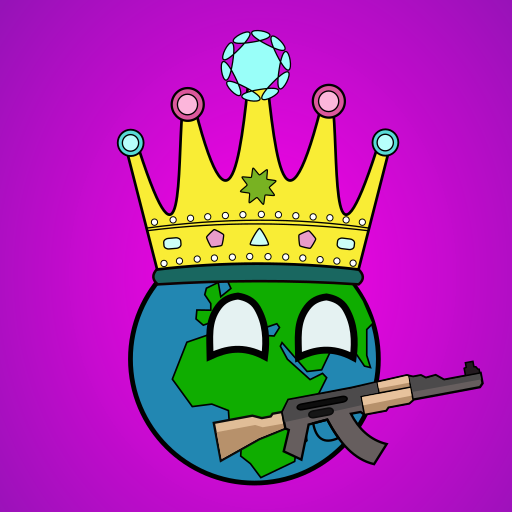 Dictators : No Peace for Android

Original game where dictators are represented by popular images of balls with country flags. The dictator's aim is simple - to conquer all countries. However, in most of the countries there is also a dictator ball with the same goals.

The battle is represented by an automatic gun fight between balls where the victory is determined by the whole military power of the state. Economic is realized in the table and text interface. You can create and explore different economic sectors, technology and create weapons. Profit of the game is provided by trade with other countries as well as production capacities.