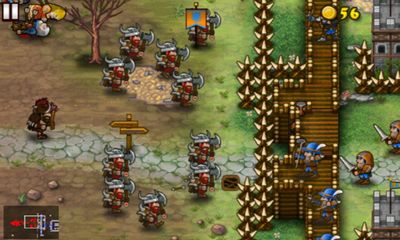 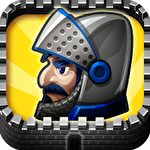 Fortress Under Siege for Android

Fortress Under Siege.This popular game for iOS is on Android now. There was a conspiracy in the Kingdom; conspirators attack the King's fortress in order to destroy him and take power into their own hands. Protect the King with the help of soldiers that remained faithful to him. Strengthen the constructions; arrange soldiers, build towers and fortifications, dig holes; well, make everything in order not to let the conspirators realize their plans. The enemies advance in waves. After each wave you will have an opportunity to buy new soldiers, fortifications or towers for the money earned and repair dilapidated fortifications.
Rating
?
Votes not enough
0 votes