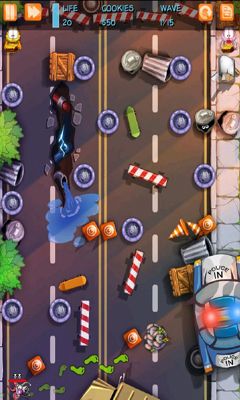 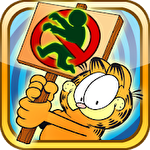 The most charismatic cat comes back in the game Garfield Zombie Defense, in which at will of developers Garfield will have to battle with zombie. They didn't do anything with the plot, having connected only the general idea of a series of Garfield with zombie. As a result the city of our hero appeared in epicenter of a technogenic catastrophe, and as a result of which the radioactive cloud rose and got on plant on lasagna production. Unfortunately, nobody noticed this misfortune, that’s why the infected portion of a lasagna appeared in shops, and everyone eaten it turned into mad zombie, who seeks to reach one more portion of a lasagna. And how do you think where the strategic stock of this entertainment is stored? Certainly, in the house of our cat, who should resist to crowds of zombie! Having called to help all his friends, he organized serious defense and is ready to die in the last ditch for his favorite food.
Rating
?
Votes not enough
0 votes