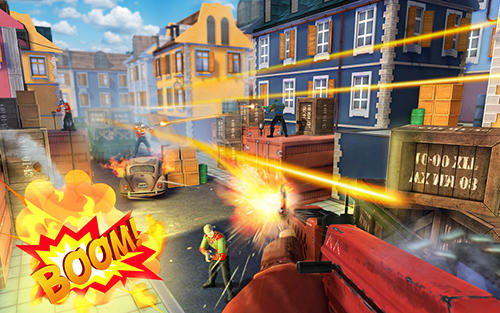 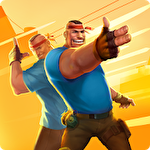 Guns of boom for Android

Guns of boom - fight numerous opponents in various locations. Move across the battle field fast, shoot at your enemy all the time. Get ready for dynamic fire exchange on the battle fields of this engrossing Android game. Be attentive, move from one shelter to another, don't let your enemies kill you. Catch the opponent at the sight of your weapon and pull the trigger. Get rewards for completed missions, spend money for buying grenades, armor, assault rifles, shot-guns and other items of munitions.