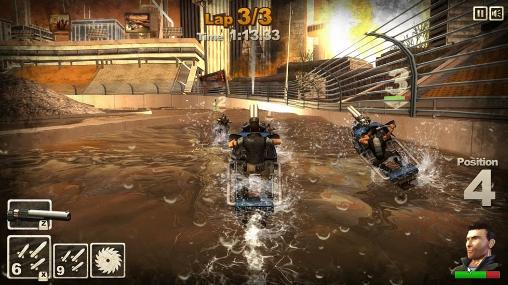 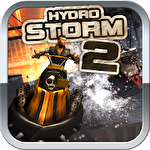 Hydro storm 2 - participate in deadly jetski races in postapocalyptic future. Drive through difficult tracks among flooded ruins of the city. Lead your wave runner through the flooded streets, highways and tunnels in this Android game. Jump on ramps and over different obstacles in your way. Avoid collisions. Be the first one at any cost. Shoot your opponents with various weapons mounted on your jetski. Pick up various bonuses like missiles or torpedoes on the way. Destroy your competitors and be the first one at the finish.