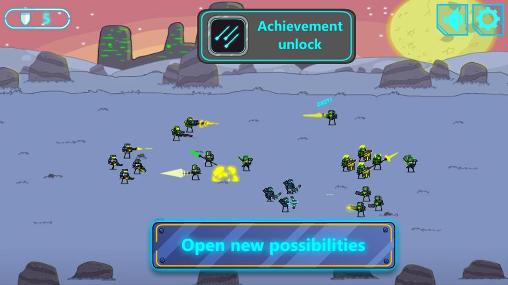 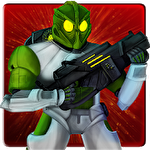 Invasion - defend your planet from the invasion of aggressive aliens. Place your troops on the battlefield and repel enemy attacks. Lead a planetary defense in this Android game and fight off hordes of alien invaders. Command high-tech warriors, some of them are marines, special forces soldiers, and even military robots. Each type of troops can learn 4 additional abilities improving that will significantly increase the firepower of your army. Destroy the invaders who come in waves. Fight bosses.