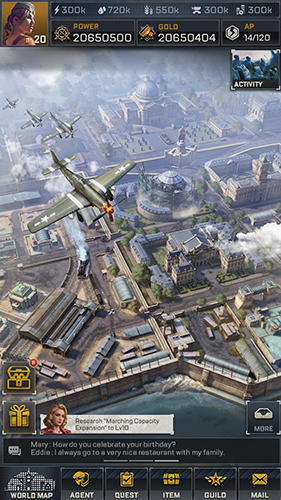 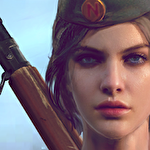 Kiss of war for Android

Kiss of war - take part in the battles of the world war together with a brave agent girl. Take command of squats on the battlefield and complete secret missions. Change the flow of war and help allies defeat a powerful enemy in this Android game. Choose a character from several agents having unique appearance and abilities. Take tank divisions, air forces, infantry soldiers and other troops to the battle. Win thanks to the right strategy. Take part in secret operations behind enemy lines, control a character during dynamic gunfights.