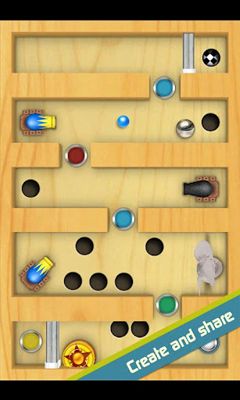 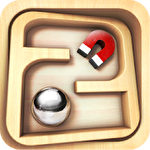 The second part of a famous maze that has become legendary on iOS platform is now on Android. Labyrinth 2 is an amazing casual game with huge abilities. You are to solve more than a dozen of different puzzles, and it's only at one level. And there will be a lot of such levels in the game and their style will constantly be changing. Go through mazes with your friends, set records, and share your success via Internet. The game has an amazing 3D graphics and realistic physics of movement, which was masterfully implemented by developers so that the player could use the knowledge that acquired in his real life. The mechanisms in the maze are adequately operating, so everything depends on your logical thinking and quick wit. Among the most interesting features of these structures the laser beams, magnets, tunnels, slides, springs, fans, duplicators, etc. may be mentioned. On the whole there will be more of 100 of the items and some of them can not only influence the behavior of the ball, but also change its form and size.
Rating
?
Votes not enough
0 votes