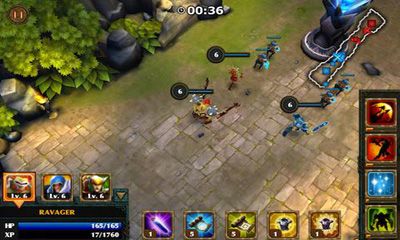 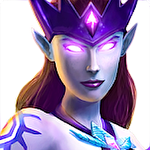 Legendary Heroes - is an excellent strategy in real time with intensive management of team of heroes. Heroes and nice fighters were from all over the world called to the greatest fight of all times! In each war there are gallant heroes. But it isn't enough to be a hero, it is necessary to become a legend, and not many are worth this honor. Heroes from the whole Universe will show here the abilities and work bases in team. You are waited for by heroes with unique abilities, each class has skills in number of four units. You will operate one of teams of participants, in each battle - three heroes at the same time! Pass more than 30 levels, prove power of your tactical and fighting abilities and become a real Legend! The graphics in the game pleases very much, you will be able to see perfectly traced heroes, a huge number of animation, faultless effects and quite good locations.

There’s donat in the game. The offer of purchase will appear in the case when you want to unlock a hero or to get any artifacts, but you don't have enough crystals. Meanwhile, it is possible to play quite comfortably without injection of money, but in this case you hardly will be able to try all heroes.