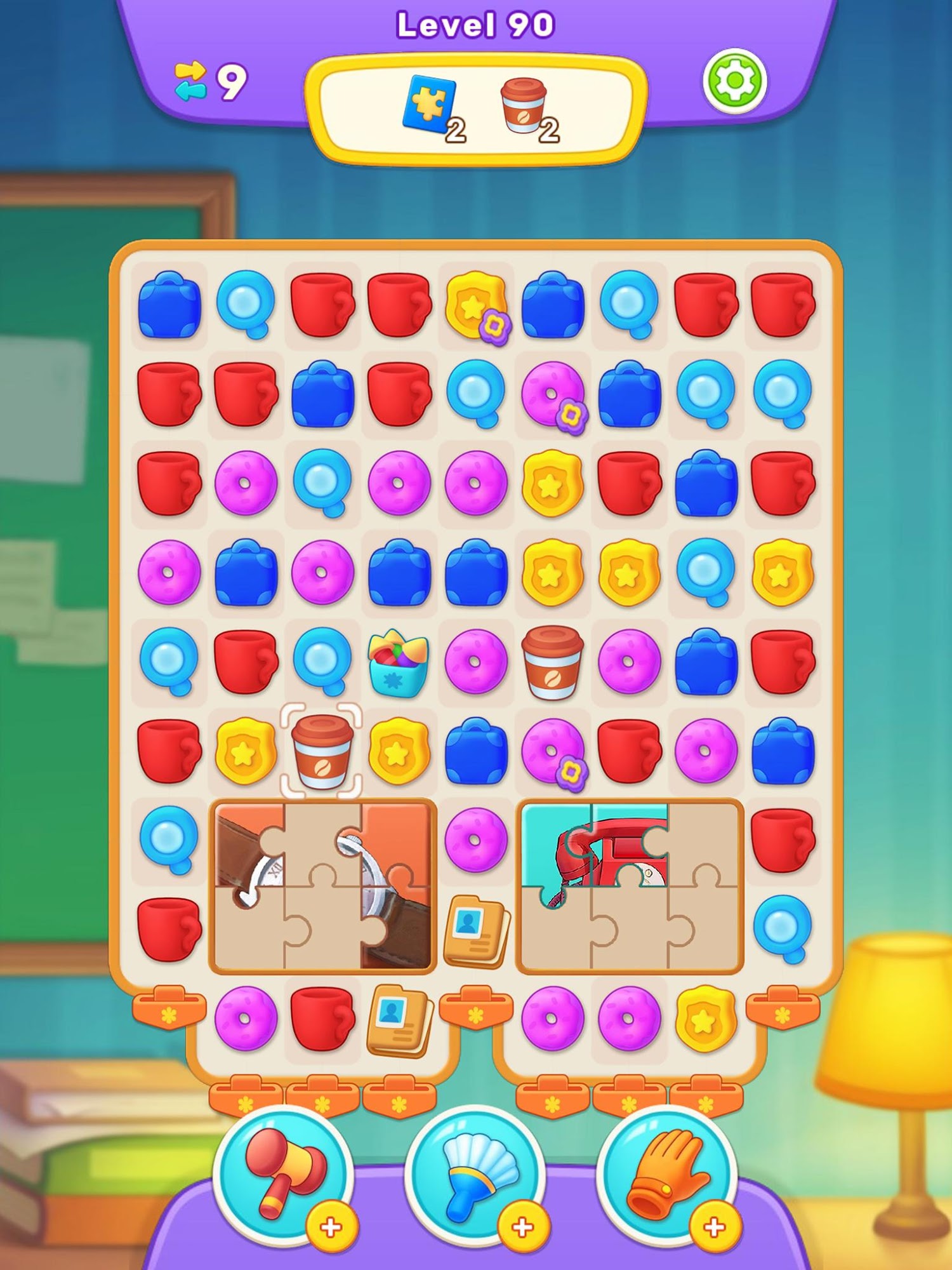 The puzzle itself is quite standard, you need to combine three identical objects. Then they disappear and the player gets points. If you combine more objects at a time - the disappeared objects will be substituted by an object with special properties. In addition to the standard game, there are puzzles, which should be completed by moving their fragments on the playing field by means of destruction of objects.