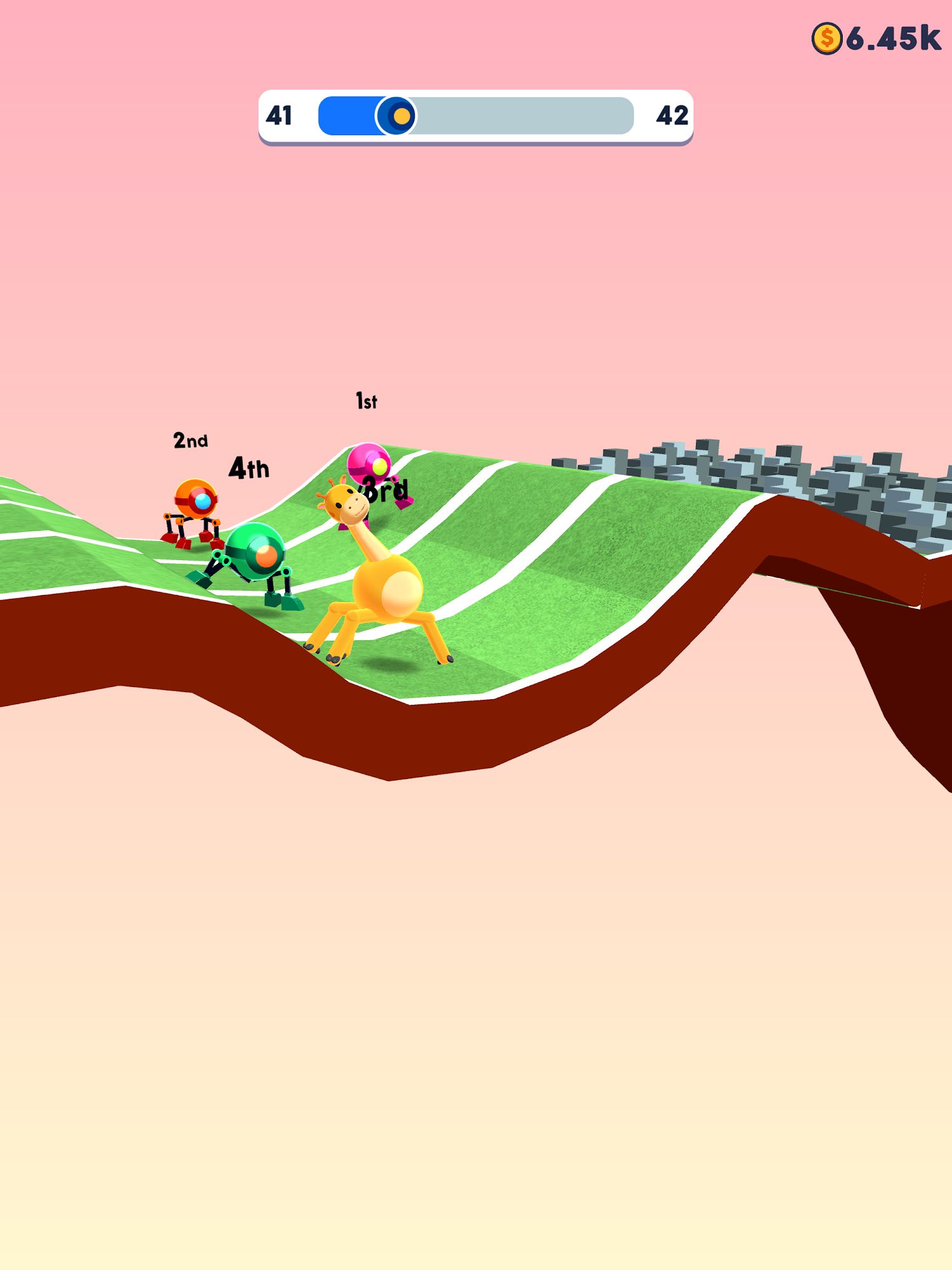 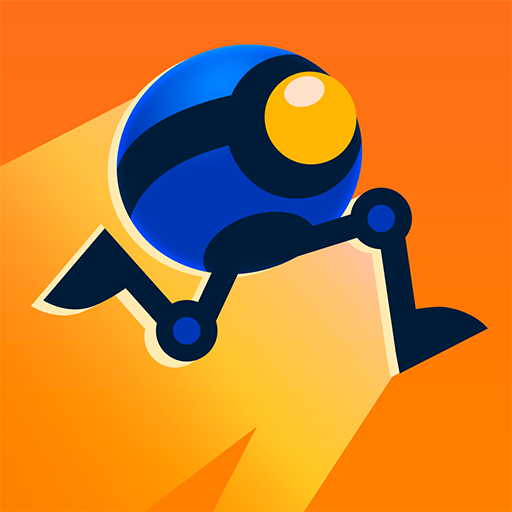 The player's character is a small robot represented by a ball or a cube that can roll or move on the running legs. He also has a built-in parachute. The player's robot and other several robots run along the track and the player's task is to come first to the finish.

The tracks are nontrivial - there are a lot of trampolines, uneven places and terrain changes. When the robot moves on its legs, it does it slowly, it rolls faster, but only due to the already obtained acceleration. Using the terrain of the track, you can move more in the form of a ball, and this will increase the speed, leading the player to victory.