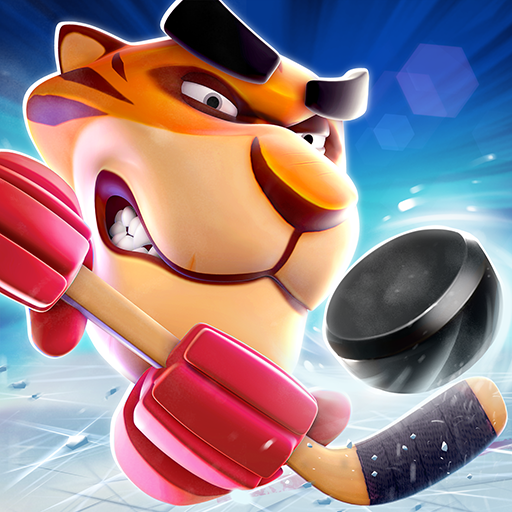 This game does not resemble hockey in its classic meaning at all. Despite the fact that action takes place on the toy hockey field and the player's task is to score goals, gameplay resembles battles in tactical RPG more.

The player can gather a team of 4 characters each having unique abilities up to destruction of opponent players. Two teams are at the opposite edges of the field and the player can summon each of heroes that start their game on the field. After summoning there will be a change and in some time you will be able to summon him again.