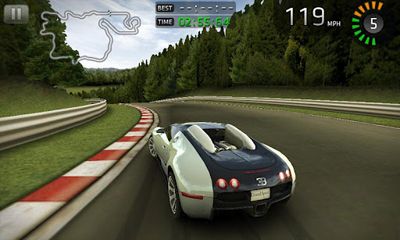 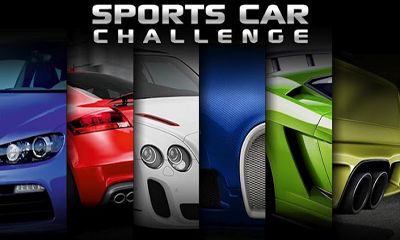 Sports Car Challenge – an automobile simulator. The game doesn't apply for a rank of a racing simulator. In fact it is a catalog of sport cars from the known brands, supplied with technical characteristics of cars, prices and addresses of the dealer centers. Glance in salon of expensive cars, be surprised to a qualitative portrayal and specification of cars. Then pass small test drive which passes on three known routes of Germany and China. The catalog has a small amount of cars among which you can see such known models as Audi TTS Coupe, Bentley Continental GT V8, Bentley Continental Supersports ISR, Bugatti Veyron 16.4 Grand Sport, Lamborghini Aventador LP 700-4, Lamborghini Gallardo LP 570-4 Superleggera, Porsche 911 Carrera S, Porsche Cayman R, Volkswagen Scirocco R. Test drive shares on three modes: Time Trial (race for a while), Slalom (slalom), Braking (braking). Each of them has its features, but the interesting mode is the first which will give you a chance to drive a chosen supercar fully. The realism of driving is worked to trifles, engine sounds really bewitch, and the physics of movement is quite well approached to the reality.