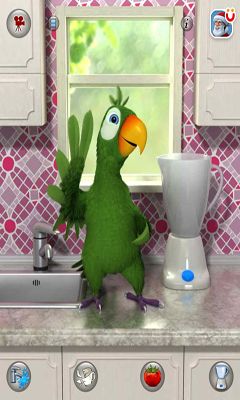 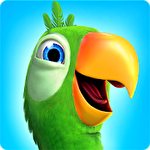 Talking cat Thomas had a new competitor - a parrot who also possesses the same quality - ability to talk, to be exact to repeat told in a microphone. Unlike Tom, Ben and other animals from "talking" series, Pierre doesn't repeat the word at once. He listens to you as a real parrot, and then cries out told by you in a casual order with an amusing voice. He also differently reacts to strokings on a stomach, a pushing on the head. If to stick him on legs, he will dance amusing dance, if to press an icon of the broken cup, the parrot continues an initiative - will start pulling everything down and breaking. Except all this, there is an opportunity to throw a tomato in him. Well, and at last, you can write down all this on video and subsequently send to Youtube, Facebook or by mail.
Rating
?
Votes not enough
0 votes